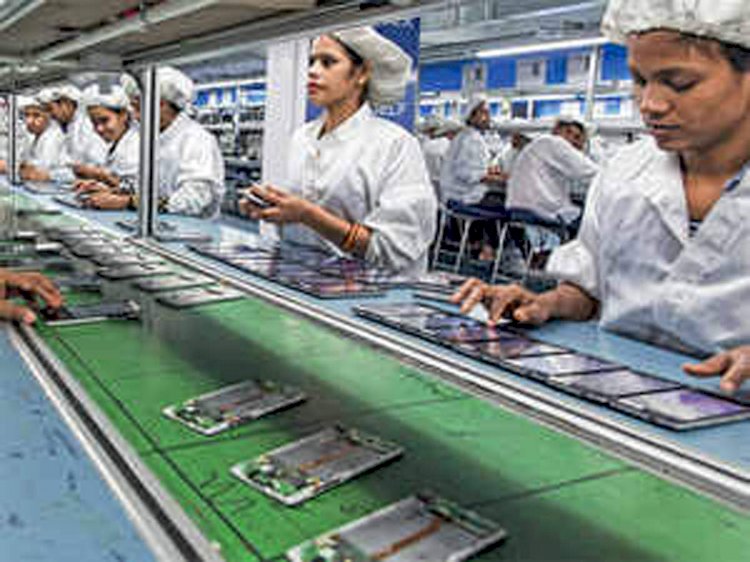 The pace at which mobile manufacturing activity is growing in the Noida/Greater Noida area owing to the "Make in India" initiative, the region is set to produce about 30 per cent of an estimated 100 crore mobile phones the country will produce annually by 2025.

Approximately 80 mobile manufacturing factories are currently operating in this region, with an estimated total employment of 50,000 people, according to mobile industry body ICEA.

These 80 units produce mobile handsets as well as components for handsets such as chargers/adapters, battery packs, etc.

For example, South Korean tech giant Samsung, which opened its biggest mobile factory at Sector 81 last year, is set to double its mobile phones manufacturing capacity in Noida from 6.8 crore to 12 crore units a year by 2020.

Another Chinese player, Vivo, which earlier this month rolled out a new manufacturing facility in Greater Noida as part of its approximately ₹7,500 crore investment plan in India, is ready to produce more than 3.3 crore devices annually, from its current production of 2.5 crore units.

"We estimate that out of the targeted $190 billion value production and 100 crore volume of phones to be produced by 2025, at least 30 per cent will be made here -- over $57 billion production of just phones which is a near four-fold jump from the present numbers," Mohindroo emphasised.

"We estimate a component and sub-assembly industry of at least $20-25 billion developing here in 4-5 years," he said.

Out of 100 crore handsets, nearly 60 crore are expected to be exported, according to the National Policy on Electronics 2019 which has set the aim of promoting domestic manufacturing and export in the entire value-chain of ESDM (Electronics System Design and Manufacturing) for economic development to achieve a turnover of nearly ₹28 lakh crore by 2025.

India currently has over 450 million smartphone users, the number of which is expected to reach 859 million by 2022, according to a latest ASSOCHAM-PwC joint study.

In fact, India is now the second-largest mobile phone manufacturer in the world after China.

"Apple has started manufacturing phones in India, including components. They have started making iPhones in India and also components both for exports. But, this is just the tip of the iceberg. I want a robust presence of Apple in India. A super robust presence of Samsung in India. Apple is also on board as far as the India story in concerned," IT and Telecom Minister Ravi Shankar Prasad had told the media in September.

According to CyberMedia Research (CMR), China-based BBK Group, the parent company of OPPO, Vivo, Realme and OnePlus brands, achieved 42 per cent share in the India smartphone market in the third quarter this year, which is almost equal to the market share of Xiaomi and Samsung combined.

According to ICEA, about 95 per cent of mobile phones sold in India are produced in the country itself.

"Our domestic market vis-a-vis domestic manufacturing is saturated and we have set our sights on a target of ₹7.7 lakh crore of exports by 2025," Mohindroo said.

IIoT in Automation Developed in SMEClabs

This summer, let your kids dive into the world of robotics with SMEC summer RoboCamp....